The history of Poker 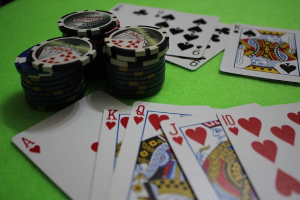 Poker is one of the most famous card games in the world, and it has a long history and a rich cultural mix behind it. The origins of today’s game go back around 1000 years, and its roots are believed to be derived from a number of ancient card games, so we’ll explore their beginnings and evolution.

There are several versions of the origin of poker. Many historians claim that the roots of the history of poker come from a Persian card game called As Nas, which dates back to the 16th century; he used a 25-card deck of 5 suits, and one of his best combinations was four cards with the same number, exactly like poker. Another similarity between both games is that the players tried to deceive their opponents by having an impartial face during the game; a situation that gave rise to the famous face poker technique. However, other sources consider that poker was strongly influenced by Poque, a very popular game in France that dates back to the 17th century, and consisted of dealing three cards to each player and placing bets.

Poker has always been one of the most requested games in the best casinos online. Until a little over a decade ago, if a player wanted to participate in a game of poker, it was necessary to go to a betting house; but with technological advances this has been changing. Currently, the casino industry uses the Internet to offer online games to reach more players. The ease of being able to access the games from any device anywhere has made online casinos gain a lot of ground in the market, not to mention all the promotions offered there. In fact, promotions are key to online casino entertainment in the UK and other European countries, as platforms that offer welcome bonuses on the most popular games such as poker, slot machines, and blackjack allow users to discover what game is the most entertaining before starting with any subscription. This has had a very positive impact on poker, since today many more people have the possibility of being able to play from their homes with the bonus of having a free casino game.

Its popularity in the United States

Poker as we know it today became massively popular for the first time in the United States. In the early 1800s, French settlers brought the Poque game to their settlements in New Orleans, leaving a marked European influence in the city and making it one of the most touristic in the country and rich in historical baggage and hundreds of cultural attractions to visit. The English-speaking settlers transformed their Poque game to Anglo-Saxon poker and adapted the rules a bit, including the deck with 52 cards. This was the beginning of the expansion of poker as a favorite game of chance, since it was the most played in the ports and ships of New Orleans, and after a short time it spread throughout the rest of the country.

The best online casinos for you

Home » The history of Poker